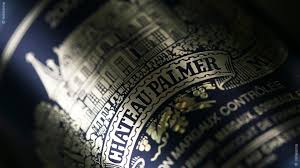 Chateau Palmer released its prices on April 23, ahead of others — a rarity, as other Bordeaux’s top châteaus wait to see how the other wineries position themselves. In addition, the Margaux a third-growth released the first tranche at 20 percent below its 2016 release price.

A few thereafter, others followed Palmer’s example. Bordeaux watchers are left wondering what the top estates will do in a challenging year for sales. Will they release the wines quickly and cut prices significantly, in a bid to interest consumers in a vintage that is not as eagerly anticipated as the previous two? Or will they move slowly? And will they keep prices high, assuming that even if consumers decline to buy the wines now, they’ll buy them down the road on release?

The 2017 vintage should yield many excellent wines, but it is by no means in the league of 2015 and 2016. Conspiring against prices are the fact that volumes are low: Following a devastating April frost, Bordeaux’s 2017 crop is 40 percent smaller than 2016’s. To make things worse for American consumers, the current exchange rate ($1:€1.19, as of May 8) is less attractive than during last year’s campaign.

Overall, the reds are fresh and pure, built on bright acidity rather than tannins, providing charming wines that will drink well in the near to mid-term. On the other hand, the dry whites are superb, and the sweet wines of Sauternes and Barsac are outstanding. Consumers will need to pick carefully, as a gray and dry summer resulted in a heterogeneous collection of wines that lack the punch and drive of great years.

Below you’ll find regular updates and analysis on the campaign, with prices given both ex-négoce, which means before importers and retailers add markup, and average retail price, which is compiled from Wine Spectator’s tracking of leading U.S. retailers. It’s what you can expect to pay. Prices for the 2017s are are also listed as the current prevailing retail price for 2015s.

May 9: The Campaign’s Cautious Start
Châteaus Palmer and Valandraud were the first notable red wines to hit the Place de Bordeaux, and in the weeks since, a few other futures have trickled out. Last week saw Châteaus Pape Clément, Batailley and Langoa Barton join the campaign.

Other notable releases so far include Châteaus Batailley (89-92), Dauzac (90-93, and an up and comer worth your attention), Langoa Barton (90-93) and Ormes de Pez (88-91). Langoa released at 31 euros per bottle ex-négoce, which means U.S. retail offerings are showing up around $47 per bottle (en primeur sales are typically only offered by retailers in lots of 6 or 12 bottles). Dauzac released at 30 euros, resulting in an initial U.S. retail average of $45 per bottle.

The accompanying 2017 price chart for top châteaus is noted below.

2017 Futures Prices
These estates represent a selection of leading wineries. The ratings are potential scores based on barrel samples. Retail prices are an average of trusted retailers we follow. To provide a comparison, we’re showing prices for 2015 futures and current prices for the 2010 vintage, a classic year that is currently available.