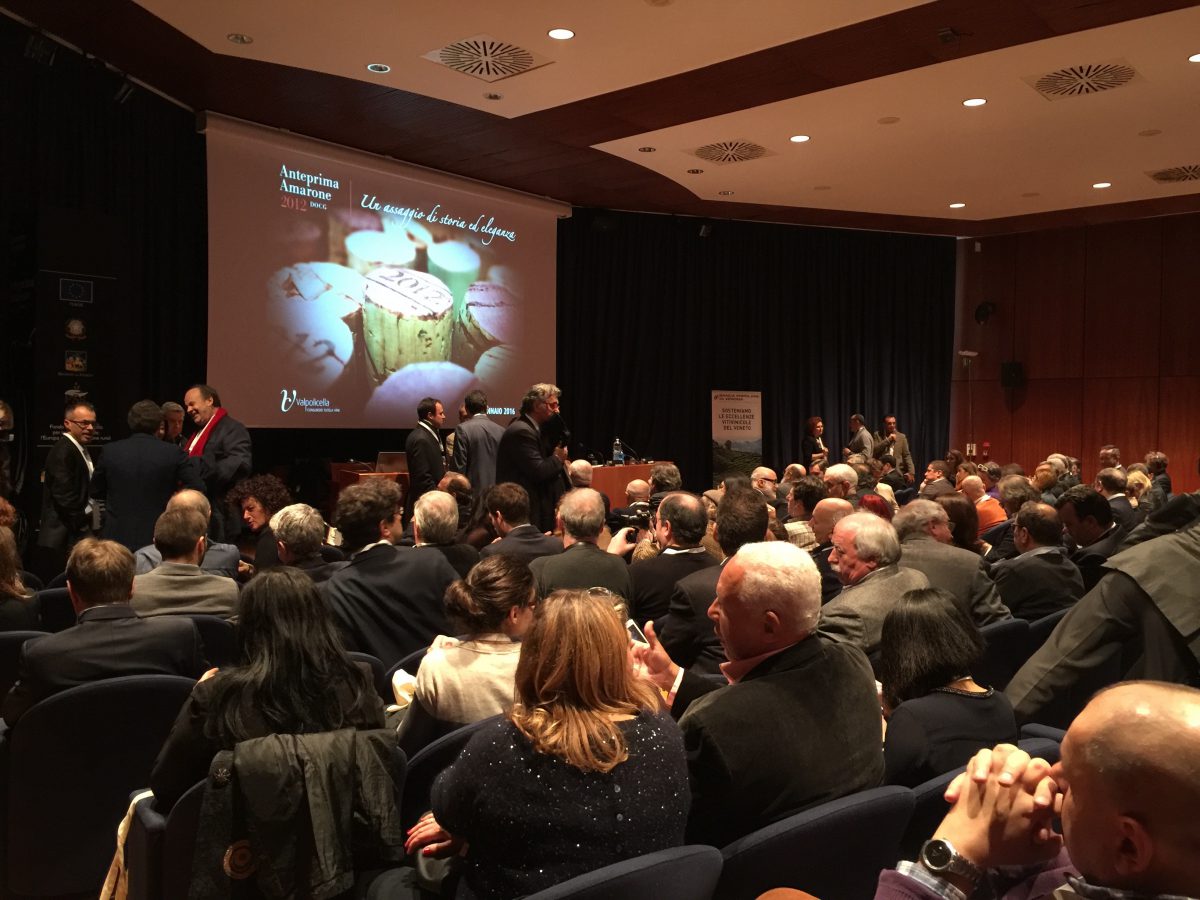 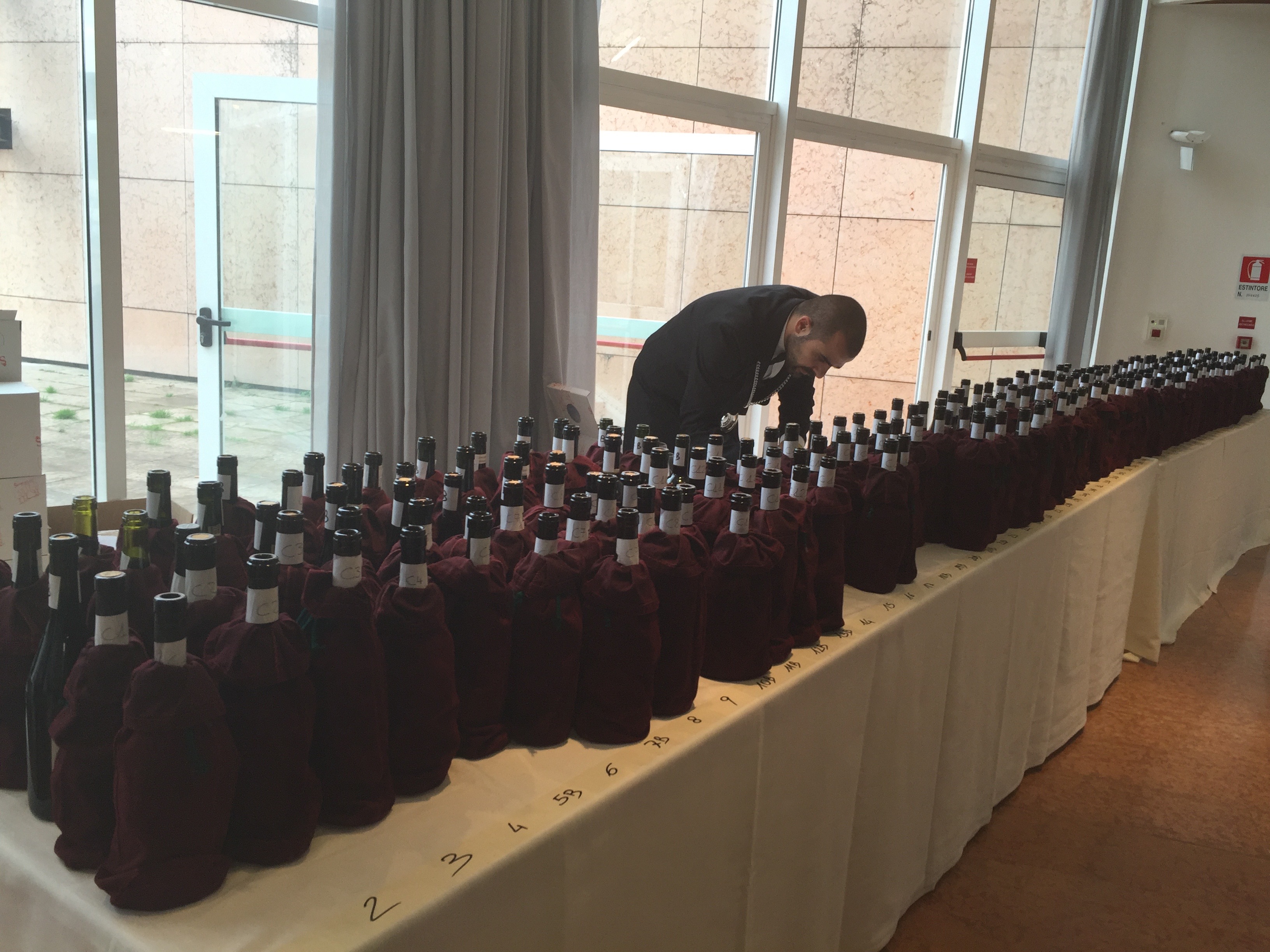 The 13th Edition of Anteprima Amarone was held in Verona on January 30 and 31st when 74 producers revealed their wines from the 2012 harvest to international press, industry insiders and general public.

This preview was promoted by the Consortium of Valpolicella and was held at the beautiful historical Palazzo della Gran Guardia, Verona.

In addition to tasting, the program included a conference on opening day, moderated by journalist Andrea Scanzi who, together with Christian Marchesini, President of the Consorzio Valpolicella, discussed the Consortium. There was also a technical presentation of the vintage curated by Dr. Diego Tommasi of Cra di Conegliano, along with the performance of the denomination on foreign markets was presented by Denis Pantini of Nomisma Observatory.

Christian Marchesini confirms “the role of the brand Ambassador of the territory in the world of the Great Red Veronese, but mainly is the driving force for the local economy and its tourist exploitation.” He goes onto say: “Unique – Amarone is a wine-icon, a seductive wine”, “fruit of the earth, where 97% of the vines were indigenous. The discovery in recent years of the Oseleta variety and the return to Guyot, is raising more the gap between modernity and tradition, between different styles and corporate philosophies”

Denis Pantini also points out that “According to 35% of the producers, the denomination of origin is the main factor of Amarone success abroad, even before the reputation of the corporate brand (I think 21%) and Italian origin (15% ), In fact, nearly 1 out of 2 producers believe this.”

“The leading export markets for Amarone include: USA, China, Russia and Canada. These countries, together with the Northern Europe export 60% of Amarone della Valpolicella.”

“Going into detail of the placement and the Amarone market share abroad, Germany (18%), Switzerland (14%) and Canada (13%) constitute the main countries of destination, followed by the United States (10%), Scandinavia (mostly with Denmark and Sweden) and the United Kingdom.”

In light of the importance that these markets hold, a study on the Canadian consumer was conducted. From this survey by the Wine Monitor Nomisma on 1,200 purchasing managers of households, showed a rate of penetration of Italian red wines of 44%, with a 25% share of red Valpolicella with Amarone 19%.

This study has also shown the the demographics of the Amarone Canadian consumer has a household income of more than $75,000 CDN/YR, has a high level of education and has traveled to Italy. An element that confirms the strategic importance of the enhancement of the Valpolicella area.

He goes on to say: “It’s the first vintage that marked the real climate change, followed by 2013, 2014, 2015 with an unpredictable climate change and a seasonal change characterized by water stress, so these conditions there will always bring more to the September stage – he concluded – to create the true quality. The Amarone 2012 vintage, with softer wines, fruity, gave great results especially for the last stage of maturation.”

In 2015 Amarone has reached 310 million Euros (a 6% increase over the previous year), calculating that a bottle in six was ​​exported to foreign markets, and will pay a close attention to the Canada market.

Amarone 2012 Preview
74 wineries represented, with 78 labels, 32 of which were bottled and 46 from the barrel

Some that stood out: 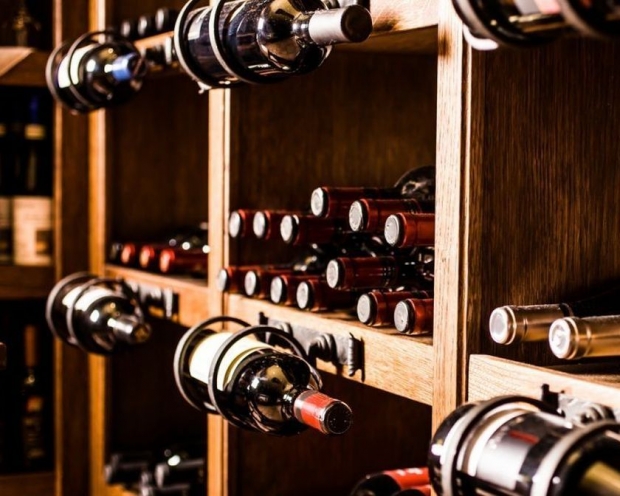 Wine Meridian Magazine
What is the main suggestion you can give to Italian wine producers to convey and sell their products in Canada?

Liz Palmer
First you need to know that Provincial Liquor Boards control the import, sale and distribution of wine and spirits in Canada. Here is a list of these monopolies:

Quebec, Ontario, British Colombia and Alberta concentrate on most of the Canadian demand.

Secondly, you must choose an importer who is familiar with Italy, and your specific region.

Thirdly, find an agent who has had experience working with the various Canadian monopolies, especially the Ontario market.

Lastly, also look at choosing someone who is very interested in your products your business and family history.

Wine Meridian Magazine
What is the image of Italian wines in your country (Canada)?

Liz Palmer
Canadian consumers are then keen to taste new grapes varieties and styles, therefore the diversity of Italian wine becomes an advantage.

“Italy ranks #1 in wine sales in Canada followed by the US and then France. In 2014, Canada imported $425-million (CAD) worth of Italian wines. Québec is the largest consumer of Italian wines at 36 percent, followed closely by Ontario at 31 percent and Alberta and British Columbia account for 15 percent and 10 percent, respectively.”*

These figures speak for themselves – Italian wine has never been more relevant.

Wine Meridian Magazine
What do you think about the importance of media and press in the promotion of wine? Especially Italian wine.

There should also be a continued focus on educating media and journalists on the 20 wine-producing regions and 350+ varieties of domestic grapes. I think we will all learn a great deal more bout the regions and varieties when we are given more information to process.

In order to engage more in a global audience, the producers should make a special emphasis to include social media in their marketing strategy.

Wine Meridian Magazine
Most Italian wines are unknown because of their difficult designations. What do you think a clear message could be to raise awareness about Italian wines?

The Italian Trade Commission (ITC) does an excellent job in the promotion of Italian wines throughout Canada, as well as raising awareness through education with local wine writers, journalists, sommeliers, and trade.

Wine Meridian Magazine
What do you think about organic wine trend?

Liz Palmer
Not only do organic wines have the potential to be healthier for you, the environment, but they also have the added benefit of tasting just as good.

Here are three reasons why I believe this trend will continue:

Organic wines are produced with almost obsessive attention to detail and the often taste better;

The contain less or no chemicals; and

They are often more socially responsible.

Canada’s area under vine measures 29,500 acres or 11,950 hectares, which includes 550 vintners who produce one million hectoliters of wine. Canada is no longer known for ice wine – They are producing award-winning expressive red wines, delicate whites, rosé and sparkling wines, despite their harsh climate and long winters.

For the third year this relatively young wine country will be represented at ProWein 2016.

With 22 wineries, the “Wines of Canada” joint stand in Hall 9 at ProWein 2016 will be larger than the last two years. In addition, two Canadian exhibitors will showcase their products in their individual stands in Hall 12:  La Face Cachee de la Pomme (apple Eiswein from Quebec) and Kruger Wines & Spirits (whiskey).

In addition to the joint stand, “Wines of Canada” will also offer various events during ProWein 2016: the daily masterclass at the ProWein Forum at 11:30 am and a guided tasting session every afternoon at 3:00 pm at the stand. Both events will be hosted by the famous British wine blogger Jamie Goode.

Canada’s Wine Regions
The producers at the “Wines of Canada” stand will be representing three provinces: Ontario, British Columbia and Nova Scotia. Ontario is by far the largest winemaking region with 80% of Canadian vines cultivated here on some 6,000 hectares. As a result, half the 22 Canadian winemakers presented at the joint stand come from this province. Varieties featured will be: Riesling, Chardonnay, Ice Wine, along with Gamay, Pinot Noir, Cabernet Franc and Cabernet Sauvignon. Over the past few years Canadian Merlots have also gained ground with their convincing quality. This is surprising as Ontario is located on nearly the same geographical latitude as Tuscany in Italy.

Nine producers from British Columbia will be represented focusing on varieties such as: Pinot Gris, Chardonnay, Gewürztraminer, Riesling, Merlot, Pinot Noir, Cabernet Sauvignon and Syrah.
Two vitners will be represented from Nova Scotia. The cultivated area is relatively small and primarily features lesser known, frost-resistant grape varieties. Nova Scotia is increasingly making a name for itself with sparkling wines made according to the traditional méthode champenoise.

VQA Appellation System
To control the quality of the wine and also guarantee it long term, Canadian wine also follows a classification system. With VQA wines (Vintners Quality Alliance) 100% of the grapes come from each relevant growing area. In accordance with this alliance each wine must state its province or geographic origin. Over the past few years more and more new wine cultivation areas are being defined due to micro-climatic influences and specific soil properties.

ProWein will be held from March 13 – 15, 2016 at the fairgrounds in Düsseldorf, Germany www.prowein.com