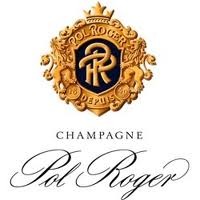 The owner of handbag maker Louis Vuitton, Hennessy cognac and Moët & Chandon champagne had sales of €5.25-billion ($7.2-billion) in the three months to March 31. The average estimate in a Reuters poll of nine analysts was €4.97-billion.

“All business groups recorded double-digit organic revenue growth in the quarter,” including Louis Vuitton, LVMH said in a statement that cited strong momentum in the United States, Europe and Asia.

The wines and spirits and watches and jewellery divisions “continued their strong recovery due to a confirmed return in client demand,” LVMH said.

At its annual general meeting on March 31, LVMH said it expected the impact of Japan’s woes on overall annual sales to be limited. Japan accounts for 9 per cent of group revenue.

The company did not give any further details in its statement on Monday. LVMH is due to hold a conference call on its sales on Tuesday.

British luxury competitor Burberry is due to give a second-half trading update on Tuesday, while L’Oreal, which competes with LVMH in perfumes and cosmetics, is expected to report first-quarter sales.

LVMH provided no forecasts, but said key priorities for the year will be brand development, cost controls and targeted investments.

In March, LVMH agreed to acquire Italian jeweller Bulgari for €3.7-billion in a deal analysts said sent a message to luxury peer Hermès SA that LVMH could make a friendly deal. LVMH owns more than 20 per cent of Hermès.

Hues of green line the interior and exterior of Beaudevin while upbeat, popular music fills the air. You know the songs – they’re the ones you hum to. The atmosphere is so relaxing that you’ll forget you’re in an airport. Keep an eye on that time so you don’t miss your flight!

Beaudevin is my favorite spot in MIA and is a one-of-a-kind airport wine bar. Located in Terminal D right across from gate D24, I find myself here every single time I’m in Miami, no matter my departure gate (thanks to the Sky Train, which makes galavanting around Terminal D very easy). In fact, this morning I sat down at the bar for a pre-departure mimosa and breakfast. My adorable, attentive server, Andrea, actually recognized me from previous visits. It’s kindness like Andrea’s that really make the Beaudevin experience a gold medal one.

The stemware here is gorgeous. My champagne flute is very tall and luxurious. The wine glasses are so elegant and weighty that you automatically stick that pinky finger out when drinking from them. Love this attention-to-detail.

Speaking of wine glasses, three charming chandeliers dangle gracefully from the ceiling. What’s so special about that? They’re adorned with wine glasses! Clever and cute!

The menu is well rounded and perfectly suited to Beaudevin’s impressive wine menu. Following is just a teeny sampling of Beaudevin’s not-so-standard wine list. Since I’m a chardonnay & cabernet drinker, that’s what I’ll focus on here because that’s what I’m familiar with. As a side note, reds dominate the wine list. However, there are enough whites and bubblies to make everyone happy. 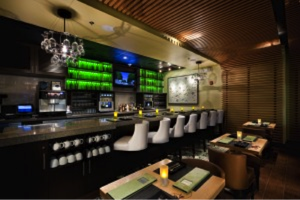 No doubt millions will be watching the next “royal wedding,” when Prince William weds Catherine Middleton in a few weeks. For those in North America, that will require a very early morning—beginning at 3 a.m. on the West Coast.

There’s no word yet on which Champagne will be served at the reception. The cake designs, however, are said to be quite impressive! There is a good chance that the bubbly will come from Champagne Bollinger as it stems back to Queen Victoria who issued a royal warrant to Bollinger in 1884 and then Prince Charles served it at both his bachelor party and at his wedding reception.

For those inspired to toast William and Kate on their wedding day with a Champagne breakfast, Bollinger has created a menu of “Royal Wedding Breakfast Pairings,” intended of course to accompany a glass of Bollinger: Bubble and squeak or kedgeree to accompany a nice old-fashioned English breakfast would be spot on, but caviar and toast points with black truffles and poached eggs are more our fancy.